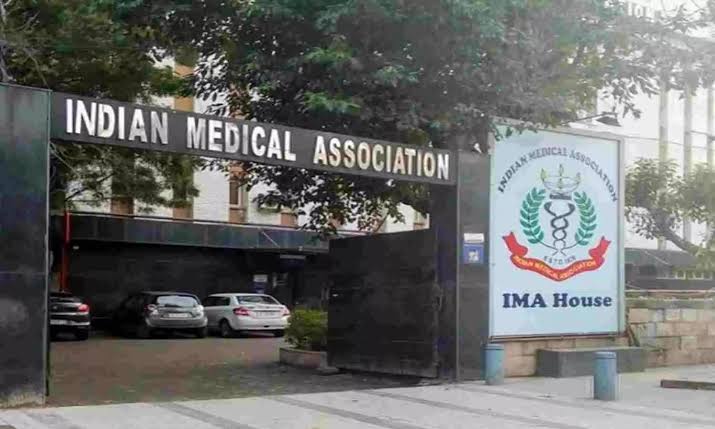 In a letter written to Union Finance Minister Nirmala Sitharaman on Saturday, the Indian Medical Association (IMA) requested an exemption from the Goods and Services Tax (GST) for healthcare services.

The 47th GST Council meeting has recommended that “like the Cancer Therapy Evaluation Programs (CTEPs), common bio-medical waste treatment facilities for treatment or disposal of biomedical waste shall be taxed at 12 per cent so as to allow them an Input Tax Credit (ITC)”, the IMA mentioned in its letter.

These facilities, the IMA said, were earlier in the GST exempted category and will be taxed post-July 18.

The IMA also expressed its reservation on similar recommendation in 47th GST Council meeting that said “room rent, excluding ICU, exceeding Rs 5,000 per day per patient charged by the hospital will also be taxed at 5 per cent, without ITC.”

Even these facilities were exempt from GST earlier, the IMA said in its letter, adding that they will be taxed now from July 18.

“We, as the collective voice of all establishments and doctors in the country, express our serious concerns and objections to these new taxes in the healthcare sector. This step will add a significant additional cost to the healthcare of people,” the IMA wrote in its letter.

The decision is unfortunate and unfair to the people of the country and that the decision without input tax credits is going to raise healthcare costs, the top doctors’ body said in letter.

“The medical body requests to immediately withdraw any GST on healthcare services,” the IMA said.

The healthcare system of the country is already not on track owing to meagre government spending on health, the IMA stressed in its argument, adding that people are largely dependent upon the private sector with high out-of-pocket expenditures.

“Increasing government revenue through the burden of public healthcare is not fair. The wrongly structured healthcare insurance sector is unable to address its aims and objectives,” the letter further added.

The letter, highlighting that people still suffer due to co-pays and out-of-pocket expenses, asked if people are pushed below the poverty line due to healthcare expenses, how justified is this decision to slap GST on bed charges?

Keeping the decision without input is unfair to healthcare and learned professionals, the IMA told the FM.

Raising bed charges by applying GST will undeservingly paint doctors with a blot while the onus of rising healthcare expenditures will stand with the government only, the IMA stressed in its letter.

Undersigned by IMA president Dr Sahajanand Prasad Singh, the letter suggested that it would be correct to keep healthcare away from GST. “If not possible, the input tax credit is a must to curtail the rise in healthcare costs. The application of GST is pushing healthcare towards a business model away from a service-centric one,” the letter reads.

The IMA, as per the letter, requested Sitharaman to withdraw GST on room rent and biomedical waste in the larger interest of public healthcare.

“Similarly, a steep rise of 12 per cent in biomedical waste is unjustified and it will raise the cost of running hospitals and clinics. It will further translate into raised charges for the patients. It is not reasonable to burden patients with more charges in these difficult times,” the IMA said.

The IMA, at the same time, has requested an urgent meeting on these serious issues and a hold on GST imposition on room rent and biomedical waste.

Will go into AN-32 aircraft crash, ensure it does not happen again: IAF chief