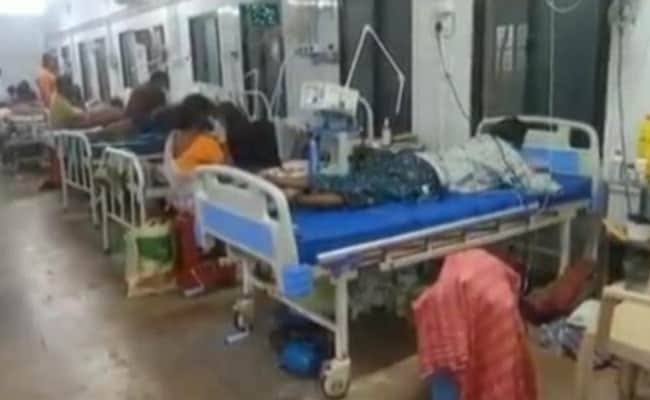 Horrifying visuals from the inside of the wards at SVR Ruia Hospital captured the chaos that erupted, as medical staff tried to save lives.

In Andhra Pradesh’s Tirupati on Monday evening, after the supply of medical oxygen was disrupted, eleven Covid patients in the ICU at the government hospital died. The tragedy comes at a time when the country is battling the massive second wave of the Covid-19 pandemic and shortage of medical oxygen has emerged as a key challenge.

Horrifying visuals from the inside of the wards at SVR Ruia Hospital captured the chaos that erupted, as medical staff tried to save lives.

Though families of patients alleged that the oxygen supply was cut-off for about 25-45 minutes, the district collector had another version to narrate. Chittoor District Collector M Hari Narayanan said “there was a five-minute lag in reloading the oxygen cylinder that caused the pressure to drop,” which led to the deaths.

“The oxygen supply was restored within five minutes and everything is now normal. We have connected bulk cylinders and there is no reason to worry. A major disaster was averted because of quick action by medical staff,” he said.

He further added that the delay in arrival of oxygen tanker from Sriperumbudur in Tamil Nadu had triggered the crisis.

Chief Minister YS Jagan Mohan Reddy has condoled the deaths and ordered a probe into the incident.