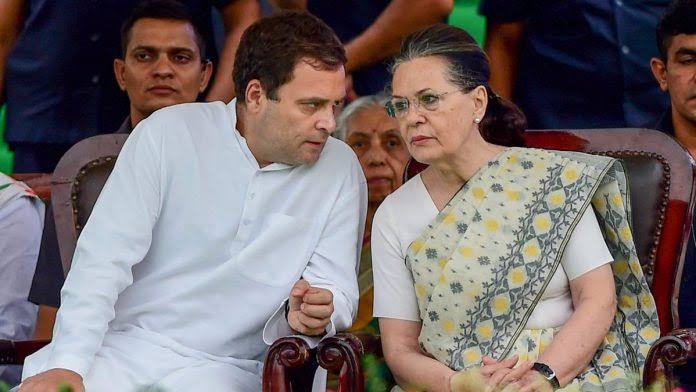 If the ongoing factional fights in two states are not resolved in time, it could cost the party dear in the next round of assembly elections.

In a very strange way, the Congress is frittering away the gains it had made from two decisive victories, Punjab in 2017 and Chhattisgarh in 2018 after losing power at the Centre in 2014.

If the ongoing factional fights in these two states are not resolved in time, it could cost the party dear in the next round of assembly elections. While Punjab goes to polls early 2022, Chhattisgarh’s turn will come in 2023, a year before the 2024 national elections.

Punjab is the only state the grand old party rules in the region north of Delhi, while governments in Rajasthan and Chhattisgarh provide it a presence in the crucial Hindi heartland.

The party had won Madhya Pradesh, along with Rajasthan and Chhattisgarh in 2018, a year before the crucial 2019 national elections, but lost the big state to the BJP largely due to infighting in the state unit which was exploited by the saffron party.

Like Punjab and Chhattisgarh, Rajasthan too suffers from factional fights.

For the Congress, which has, of late, started flexing its muscles and is trying to unite the opposition against the BJP, retaining the states ruled by it would be crucial to the party’s 2024 strategy.

Within a month of appointing rebel Navjot Singh Sidhu as the new Punjab unit head, much against the wishes of chief minister Amarinder Singh, the party was forced to announce that the 2022 assembly polls will be fought under the veteran’s leadership.

In Facebook posts, Mali suggested that both India and Pakistan were illegal occupants in Kashmir. Garg questioned the chief minister’s criticism of Pakistan.

The remarks provoked Amarinder to snub Sidhu’s advisers while Lok Sabha member Manish Tewari wondered if such people had a right to be in the party.

Earlier, all eight Congress Lok Sabha members from Punjab had come out in support of the chief minister and slammed Sidhu for attacking the veteran.

However, this time the central leadership responded with caution and chose to stand by Amarinder.

This “one step forward, two steps backwards” strategy indicates a divided state unit with just six months to go for the crucial elections.

There were no signs that the power tussle between Amarinder and Sidhu had subsided. While Mali was forced to quit, the chief minister lined up 58 lawmakers in a show of strength.

Both Amarinder and Sidhu have their areas of influence in the state and if the energies of the two camps remain focused on settling scores with each other rather than work as a team, it is bound to dent the Congress’ prospects at the hustings.

The Congress had swept the 2017 polls winning 77 of the 117 assembly seats defeating the SAD, which had ruled the state since 2007.

Till a few months ago, the Congress appeared poised to regain power in 2022 after having supported the widespread farmers agitation over three central laws. The move had given the ruling party an early advantage against the opposition parties which appeared to be in a disarray.

Chhattisgarh was a decisive victory with the party winning 68/90 assembly seats in 2018 though the party had also won Madhya Pradesh and Rajasthan, both borderline cases, along with it.

Yet, the three victories in the Hindi-heartland had given the much-needed booster to the Congress a year ahead of the 2019 national elections.

After the polls, there were many claimants to the chief minister’s post, including Baghel, who was state unit chief and senior leaders including TS Singh Deo and Tamradhwaj Sahu.

Finally, Baghel was made the chief minister amid unconfirmed reports that Singh Deo would replace him mid-term as part of a rotational power-sharing arrangement suggested by Rahul.

The Chhattisgarh campaign became a successful model in the party circles and was later implemented in the April Assam polls for which Baghel camped in the north-eastern state for a month.

Till last year, things were going smoothly in the state when the state government was applauded for its Covid-19 management and due appreciation went to health minister veteran TS Singh Deo.

The chief minister’s plan to rope in the corporates in creating health infrastructure in the rural areas seems to have started the recent power tussle in the tribal state.

As Singh Deo kept saying he won’t settle for anything less than the top post, party lawmakers had to be called to Delhi to discuss the leadership transition.

Rajasthan, along with MP, registered a narrow victory for the Congress though Gehlot later got six BSP lawmakers to merge the state unit with the ruling party.

The Congress lost MP, largely due to infighting and a power-hungry BJP in 2020. Factional fights led to senior leader Jyotiraditya Scindia joining the BJP and helping the BJP regain power through defections in the grand old party.

It was feared that the BJP could do a repeat of MP in Rajasthan as well, where serious differences had developed between chief minister Ashok Gehlot and his deputy Sachin Pilot.

A rebellion did erupt in August 2020 but a wily Gehlot managed to survive.

A year later, the Congress appeared set to resolve the power tussle and address the genuine grievances of Pilot but seems to have put the plan on hold for some reasons.

Any delay here would only allow the problem to fester and will not be in the party’s interests.

In a show of strength, Pilot has been carrying out mass-contact programmes across districts like Bharatpur, Dausa, Jaipur, Jodhpur, Sawai Madhopur and Sirohi where local body polls will be held over the coming week.