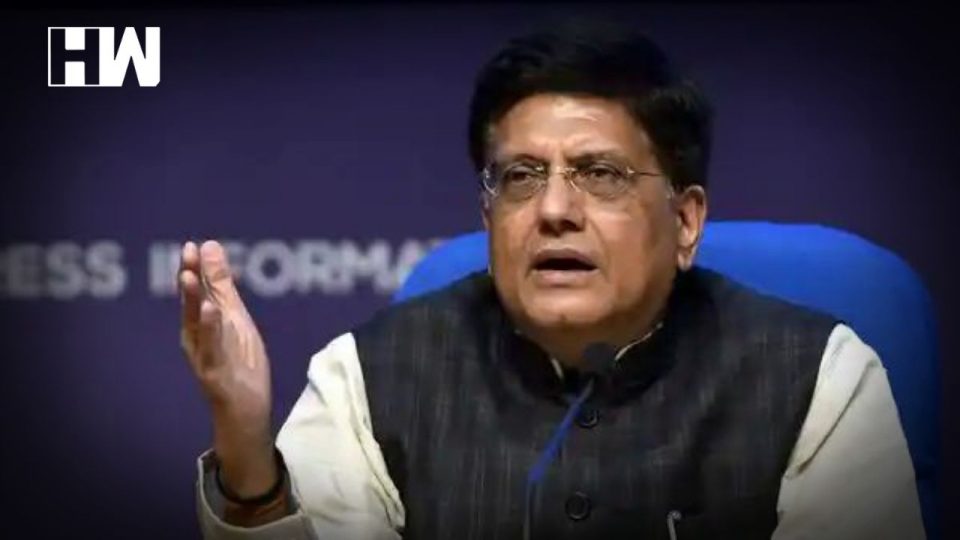 According to Piyush Goyal, the local textile sector has enormous potential to create employment in the next few years, and the Center is actively negotiating a free trade deal with a number of nations.

New Delhi: On Saturday, Union Minister Piyush Goyal stated that India aims to dominate the global market in all areas and that it will “very soon” grow from a USD 3 trillion economy to one worth USD 30 trillion.

According to an official statement, the minister of textiles, commerce, and industry claimed that the domestic textile industry has a great deal of potential to create jobs in the coming years. He added that the center is actively negotiating with various nations to complete a free trade agreement that will grant India’s textile industry duty-free access to the global market.

“In all sectors, we want to become a global industry. We want to capture the world market” he said, adding that under the guidance of the Prime Minister, the Center is working actively with different countries to finalize free trade agreement which will give zero duty access to textile sector in world market. It’s because of the good relations of PM with world leaders, India is getting global respect today.”

Goyal emphasized that the center is encouraging the cotton and man-made textile sectors to increase their global market share, which would increase job and investment possibilities.

This was said during the opening of SIMA Texfair 2022 in Coimbatore.

According to Mr. Goyal, supply of textiles, pumps, wet grinders, and other vital components from Tamil Nadu will transform the state into an economic hub, that will help the country’s economy expand. Goyal emphasized the several policy steps done by the Government and the business to attain exports of 440 billion US dollars.

He predicted that the nation’s economy will quickly grow to $30 trillion from its current level of $3 trillion. He added that the administration has been vigorously tackling all structural difficulties, such as tariff barriers, issues with taxes, lack of global competitiveness, etc.

The minister gave advice to everyone involved in the value chain to work hard, stick together, and eventually overtake the United States as the world’s top manufacturer.

He extended an invitation to all upcoming young and female business owners to make investments and contribute to the development of the country.

He concluded the assembly adding that, “we have decided to support SITRA (Supply of Improved Tool-Kits to Rural Artisans) so that they can produce more defence related products which will help our Jawans at the border. The uniforms are to be manufactured in India instead of importing them. Some clinical trials are required for some products. I have agreed to support this under National Technical Textile Mission. They will soon put in proposal,”.