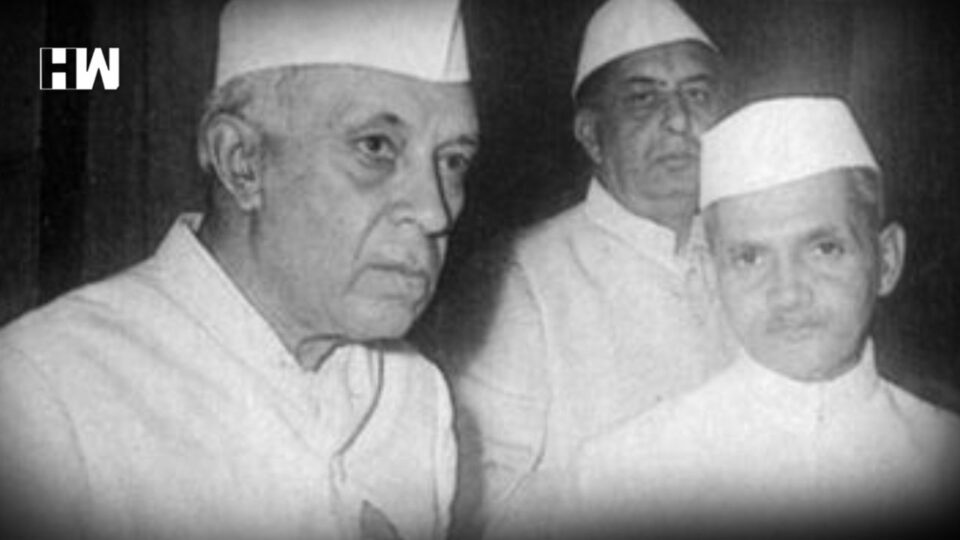 They were of the view that while Lal Bahadur Shastri should be lauded for having offered to resign, his resignation should not be accepted, as he was not personally responsible for the accident.

Lal Bhadur Shastri India’s second Prime Minister is often credited for his contribution to the white revolution. Shastri is remembered for his clean politics which attracted his supporters irrespective of party lines. One of Shastri’s anecdotes as Railway minister had the potential to set a precedent for Politicians in India.

In today’s day, most politicians after a mishap, politicians start with blame games and demand resignations which none takes seriously. However, in 1956, Lal Bahadur Shastri himself tendered his resignation after a rail accident, stating that he held himself responsible for the accident, reported the print.

This second resignation offered by Shastri attracted nationwide attention. The Pioneer in its editorial on 26 November 1956, soon after the Ariyalur accident, said that ‘accidents happen in the best-regulated railways, but then accidents ought to be exceptions rather than the rule.’ While making out a case for greater safety measures, it did not hold the railway minister responsible in any way. In his resignation letter, Shastri felt that ‘it will be good for me and the Government as a whole, if I quietly quit the office I hold.’ It may be important to underscore the use of the word ‘quietly’ by Shastri, as this appeared to be his second nature.

PM Nehru summed up the dilemma he faced when he conceded in the Lok Sabha that it was a difficult decision for him. He went on to say that he had the highest regard for his cabinet minister and ‘from the broader point of view of constitutional propriety that we should set an example in this and no man should think that whatever might happen, we carry on without being affected by it.’ Nehru hinted that if he did accept the resignation, it would be on the grounds of constitutional propriety. This needs to be highlighted, as justifying the acceptance of the resignation on this principle became the object of severe criticism in the media.

The Print report also said, When it appeared that Nehru seemed inclined to accept the resignation, thirty MPs appealed to the Prime Minister not to let Shastri go.

They were of the view that while Lal Bahadur Shastri should be lauded for having offered to resign, his resignation should not be accepted, as he was not personally responsible for the accident.

The mishap was on account of technical failure for which the railways board should take responsibility. The parliamentarians were clear that the bureaucracy should take the blame and not the political executive.

However, Shastri did have his way and Nehru forwarded the resignation to the president for acceptance. Speaking in the Lok Sabha on the matter, Nehru elaborated:

On receipt of this letter, I talked to him also last night when I saw the great distress of his mind and the burden he was carrying. Afterward, I thought of it again and I came to the conclusion that it would be better for me [to advise]… the President to accept his resignation, not because I hold the Railway Minister responsible— obviously not—and I have also spoken in high terms of his work and joint work we have done together… no man can wish for a better colleague in any undertaking… A man of the highest integrity, loyalty, devoted to the ideal, a man of conscience and a man of hard work. We can expect no better. It is because he is such a man of conscience that he [feels] deeply whenever there is any failing in the responsibility entrusted to his charge.

Paramilitary jawans killed in action will get ‘martyr’ status if Cong voted to power: Rahul Gandhi

Gujarat: Waris Pathan Claims That After Being Stone-Pelted, Window Glass On Vande Bharat Express With Asaduddin Owaisi Aboard “Broken”